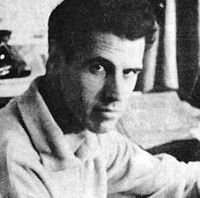 Al Williamson was one of those rare artists who was just too good for the comic book field, yet worked there anyway.  As an artist Al had few peers, amongst them were the likes of Frank Frazetta, who Williamson worked with at E.C. and Warren and the magical, yet doomed, Wally Wood.  When people ask how good Al Williamson was it’s easy to point at the number of artists who cite him as a major influence, or to point at his stellar body of work but the best thing to point at is one undeniable fact – his inking made Frazetta look brilliant.  Not that Frazetta needed any help there, but Williamson made a difference and the results are there for the world to see.

Drawing his own inspiration from Alex Raymond, and in particular Raymond’s Flash Gordon, Williamson attended the now famous Cartoonists and Illustrators School in the late 1940s.  Run by Burne Hogarth, the graduates of that school consisted of names that would go on to shape the field of comic books for decades to come.  Ross Andru, Don Perlin, Wally Wood, Roy Krenkel, Mike Esposito, Gil Kane and Dick Ayers are just some of the artists who attended the school at roughly the same time.  Alliances were formed at the school, often for life, and Krenkel, Wood and Williamson would work together and interact for life.  Krenkel, in particular, opened the young Williamson’s eyes to artists other than Raymond, bringing to his attention art by the likes of Hal Foster, J.C. Coll, Franklin Booth, Joseph Franke, Dan Smith, Australian painter and illustrator Norman Lindsay, Fortunino Matania, Herbert Morton Stoops and Frank Hoban.  All of these artists would shape Williamson’s style.

While still at Hogarth’s school, Williamson began to approach comic book publishers, such as Fiction House, Timely and Standard.  It was for Standard that his first collaboration with Frazetta took place, and Williamson found himself working, off and on, in the comic book field from then onwards.  He came to prominence at E.C. Comics in the 1950s, working alongside artists such as John Severin, Jack Davis, Joe Orlando, Harvey Kurtzman, ‘Ghjastly’ Graham Ingles, Al Feldstein, Angelo Torres, Wood, Krenkel and, on occasion, Frazetta.  It was at E.C. that Williamson’s style began to come to life, with his richly pencilled and inked pages, dense in detail and fine line shining out amongst a group of some of the most talented comic book artists of their time.  It was at E.C. that Williamson learned the most important lesson of any artist – hitting the deadlines.  As he recounted in an interview late in his life, “Bill Gaines was always very nice,” said Williamson, “but he demanded respect. You knew you couldn’t mess around with a deadline.  If the deadline was in two weeks, I made it in two weeks, but Bill always made a production of it, like he didn’t think I was going to make or he’d been sweating over it all day.”  Looking back Williamson had this to say about his time at E.C., “They were all good artists in that group, and they were good people, too.”  Not that Williamson was exclusive for E.C., during the same time period he also worked for other publishers, with one account crediting him with producing over 400 pages for Timely Comics over a two year period, from 1955 to 1957, along with working for Standard, Avon and Fawcett.

In the late 1950s comics began to vanish from the newsstands due to the Kefauver Senate Hearings and Williamson found himself working for John Prentice on the syndicated strip, Rip Kirby.  Williamson would stay with the strip for three years before returning to comic books, pencilling and inking Flash Gordon for Gold Key in a style that evoked the best memories of Alex Raymond.  Pleased with the results, Gold Key began to keep Williamson busy until Archie Goodwin called and offered Williamson work with Warren where he contributed several black and white stories for Creepy, Eerie and Blazing Combat.  Showing an incredible sense of loyalty, Williamson was instrumental in bringing the likes of Wally Wood and Frazetta to Warren for work.

As the 1970 and ‘80s developed more and more artists began to cite Williamson as a major influence.  Alan Weiss, John Romita, Michael Kaluta, Dave Gibbons, Rich Buckler, Jim Starlin and Bernie Wrightson, Paul Renauld and Tom Grindberg are amongst the legion who virtually worshipped the pages that Williamson drew upon.  “A huge influence,” said Mark Schultz, who would realise a dream as he worked with Williamson in the 1990s, “both as an artist and getting to know him as an individual and watching how he handled fans and behaved at conventions. How he was every good with people who would come up to have books signed and he was just a very polite, very generous man.”

Williamson fell into inking by design.  Looking for work he approached Harvey Comics where he asked if he could ink other people’s pencils.  Replying in the affirmative, Williamson was assigned a story by none other than Jack Kirby.  Inking a Kirby job was usually a daunting task for most artists, but Williamson took it all in his stride.  “I remember going up to Harvey and getting work there,” recalled Williamson, “They said, ‘We haven’t got any work for you, but we have some stories here that Jack pencilled. Do you want to ink them?’ I’d never really inked anybody else before, but I said, ‘Sure,’ because I looked at the stuff, and thought, I can follow this, it’s all there. I inked it and they liked it, and they gave me three or four stories to do.”  From there Williamson became an inker, but it wasn’t until he had finished working on the syndicated strip Star Wars, a strip that none other than George Lucas had asked for Williamson to pencil, that he turned to full time inking.  After working at DC inking the likes of Curt Swan, Marvel approached him with work, but Williamson was no longer wanting to pencil, only to ink.  As John Romita recounted in the mid 1990s, “Al Williamson is one of the best pencillers in the world but he really can’t make a living at pencilling because he wants to do these beautifully pencilled pages with ample time to do them. That’s why Al is inking now…and adding a greater dimension to the penciller he’s working with.”

At Marvel Williamson found himself inking artists as diverse as Gene Colan, John Romita Jr, Lee Weeks, Ron Garney, Paul Ryan, Brett Blevins, John Buscema, Keith Pollard and Rick Leonardi.  It was Williamson’s collaborations with Romita Jr on Daredevil that really took the comic book world by storm, as Williamson’s faithful line went beyond the usual inkers job.  As an inker Williamson was able to enhance the art without losing any of the style of the penciller.  A Williamson ink job was always a sight to behold and his work with Romita Jr on Frank Millers’ Man Without Fear mini-series was an award winner and brought Williamson a whole new generation of admirers.

Al Williamson was a true, pure artist.  It didn’t matter if he was pencilling, inking or both; he put his all into each and every job he did.  Al was able to make anyone’s pencils shine.  Not only did he have a major impact upon on artists in the 1960s and 1970s, his glorious inks still are a major influence on artists, in particular inkers, of today.  Al Williamson was far too good for comics, but the medium is far better for his presence.